Studying Atomic Nuclei while Reaching for the Stars

Exploring the synergy between nuclear physics and astrophysics has always been a core mission of nuclear science. Florida State University hosts strong groups in experimental and theoretical low-energy nuclear physics, as well as in astrophysics and astronomy, which work synergetically to tackle the open questions at the crossroads of these disciplines. The programs are funded by the Department of Energy (DOE) and the National Science Foundation (NSF). FSU plays a major role in the FRIB Theory Alliance. Besides performing experiments at different national and international facilities, the experimental nuclear physics group runs the John D. Fox Superconducting Linear Accelerator Laboratory located on the FSU campus. Operations of the laboratory are funded through the NSF. The Fox Laboratory is part of the Association for Research with University Nuclear Accelerators (ARUNA) and of the Center for Excellence in Nuclear Training and University-Based Research (CENTAUR).

Become a part of our team. Exciting research projects are waiting for you. To find out more, visit our "Research" page. To apply as a gradudate student in the Physics Program at Florida State University, click here.

Two recent FSU graduates talk about their graduate-research experience at the Fox Lab. 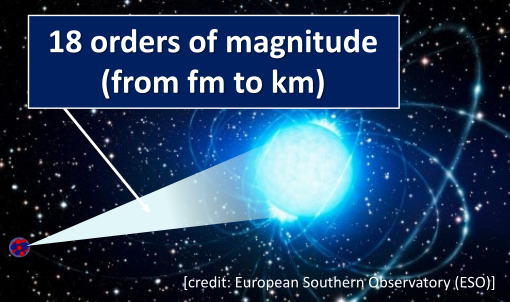 New insights into the nuclear EOS

Following the new PREX-2 results for the neutron-skin thickness of 208Pb, Professor Piekarewicz and his collaborators have provided new insights into the nuclear equation of state describing atomic nuclei and neutron stars. The results, which were selected as an Editors' Suggestion, are published in Physical Review Letters (B.T. Reed et al.). 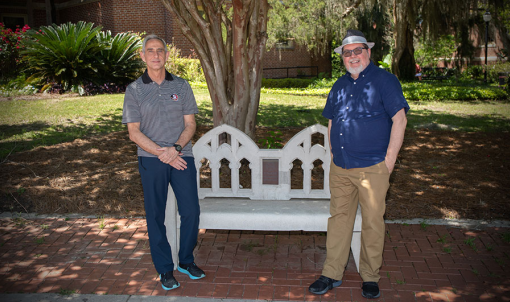 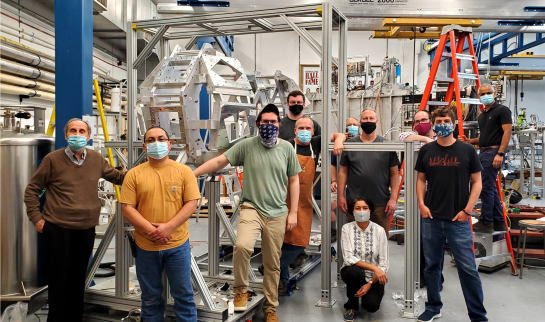 With the support from collaborators from Oak Ridge National Laboratory, the frame and support structure for the gamma-ray detection array CLARION2 were installed at the John D. Fox Laboratory in March 2021. CLARION2 is a joint project between Oak Ridge National Laboratory and FSU. The array will stay at the Fox lab for an extended campaign and see first beam in Summer 2021. V. Tripathi is in charge at FSU. 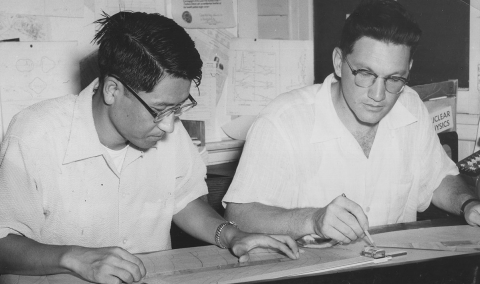 The FSU College of Arts and Sciences chose the nuclear-physics laboratory for a feature article telling the story of the laboratory's 60-year long history of educating generations of elite scholars and being on the forefront of nuclear science. 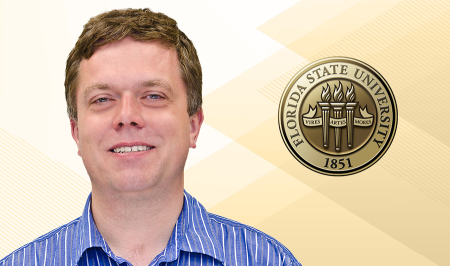 Ingo Wiedenh&oumlver has been named a 2020 Fellow of the American Physical Society. The citation reads:"For seminal contributions to nuclear structure and nuclear astrophysics, the development of the RESOLUT in-flight radioactive beam facility and the ANASEN active target detector, and for founding the Association for Research at University Nuclear Accelerators." 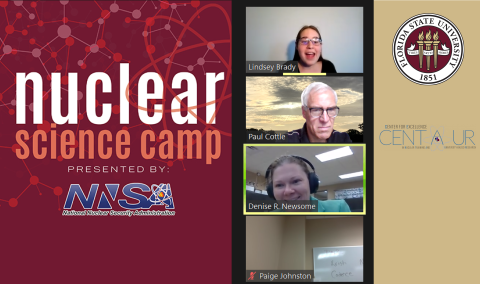 The online (but hands-on!) Nuclear Medicine and Science Camp was held July 13-16, 2020 with the support of the CENTAUR consortium and the FSU Physics Department. The camp served nineteen middle and high school campers and provided a dramatic demonstration of what can be accomplished by talented teachers who are given the resources and freedom necessary to innovate.

Events, Colloquia and Seminars at the Department of Physics

Click on each event for location and abstract information.